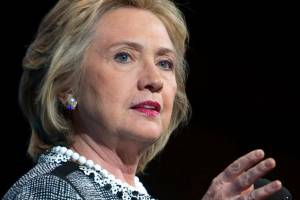 Lessons From POTUS 2016: Around the Bonfire of the GOP 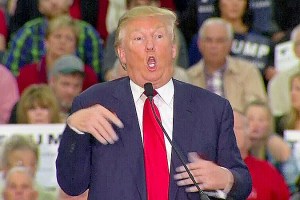 I hate all the candidates who aren’t libertarians.

I hate the voters continuing to lend their support to the authoritarian politics of the two major parties.

Most of all, I hate the endless raving about a possible Trump candidacy.

Trump Isn’t the Problem. His Supporters Are. An ocean of words has been written about Donald Trump’s detestable politics and undiagnosed personality disorders. Every one of those words is true. He is a sleazy multi-level marketer with a cheap spray tan and a bad comb-over; a low functioning bully with the attention span of a second-grader, whose first policy instinct will always be authoritarianism and who lacks even the most basic conceptions of constitutional governance, separation of powers and individual freedom.

If nominated, he will, without one shred of doubt, lose the general election to Hillary Clinton.

Nonetheless, anyone who thinks the GOP establishment can do much to stop this slow motion train wreck misunderstands the nature of government.

The establishment cannot fight Trump because he is not the target. His supporters are.

How has endlessly pointing out how racist, xenophobic and stupid they are worked thus far?

Squeezing out other candidates won’t force any voters to shift their support to an establishment pick. As Trump himself discerns, with his trademark narcissistic clarity (but his detractors somehow miss), those supporters might just as well shift to Trump. And squeezing him out won’t force any of them to turn out for some other, better, more respectable, nominee in the general.

Trump’s candidacy reveals something ugly and festering on the American right, something with the potential to do nuclear-level damage to the GOP’s credibility with everyone from moderates, independents and swing voters to Christians and mainstream Republicans.

On the other hand, if the party squeezes him out—whether through an onslaught of establishment attacks or a brokered convention—it risks alienating his pissed off contingency of Republican voters.

At a time when voters are fleeing the major parties in droves, the GOP is between a rock and a hard place. A Trump candidacy might be fatal, but so might the loss of his fans. To move forward without them, the party would need to replace its Trump-wing with a new supply of liberty voters.

There’s a lesson in the numbers, for a party willing to make hard choices, and it’s not the only one of the 2016 cycle.

It turns out those demographics, like all the others, are not stereotypic representatives of monolithic groups, but individuals with political concerns that transcend gender, heritage and religion. Candidates who ignore this modern reality will continue to be confused about why Evangelicals and Hispanics are voting for Trump—and continue suffering backlashes for their insulting rhetorical devices (like the importance of beginning each day on one’s knees or special places in hell for free-thinking women).

Neither establishment donors nor the politicians themselves are in control this election cycle. Jeb Bush, Chris Christie and their respective Super PACs paid through the nose to perform poorly in the early voting states. Trump, on the other hand, without the support of any Super PAC, is paying minimally to outperform expectations.

That Trump is a phenomenon unto himself might explain why it costs him so little to win. It does not explain why Bush and Christie have paid so dearly to lose.

What does explain it is that rebellious primary voters are not beholden to any amount of campaign advertising, political spending, establishment credibility or ideological purity.

The GOP Might Not Survive the Trump Campaign, But the Country Undoubtedly Will. Trump is a monarchist who wants to use the office of President to crown himself king and savior, while cutting through the red tape for his next casino parking lot. Unfortunately, all too many people—including plenty of Republicans—are ready to go along with the cult of an imperial presidency.

Notwithstanding that problematic trend, we still have Congress, the Constitution, and the limits on presidential power set forth in Article II.

That might not be true if Ted Cruz got his way and turned SCOTUS into just another political branch of government. Party loyalists desperate to stop Trump may not understand how dangerous that is.

As a libertarian, I have never enjoyed an election cycle in which the viable candidates were anything but clowns. For me, 2016 is just par for the course. The rest of the electorate is now feeling the way I always do.

Maybe now is a good time to ponder what they’re so desperately trying to save.

Unless It Can Reinvent Itself, the GOP May Not Be Worth Saving. I suspect my political aims are vastly different from those of most Trump supporters. I nevertheless also suspect we have similar reactions to the prediction that he is going to destroy the GOP and/or conservative movement:

Are we supposed to conclude that’s a bug…or a feature?

Amid all the handwringing about the wreckage that will be left in the wake of Trump’s candidacy, precious little is devoted to convincing voters there’s anything worth saving.

Remind me again, what is the point of the GOP? 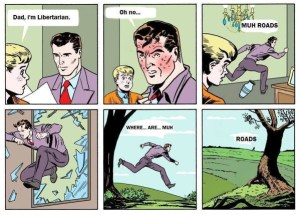 It’s clearly not to restrain spending. Once they obtained control of both houses of Congress, Republicans drove a stake through the Budget Control Act, broke budget caps, suspended the debt ceiling and doc-fixed Medicare to the tune of $500 billion. Along the way, they extended No Child Left Behind, passed a $305 billion highway bill (muh roads!), and reauthorized Ex-Im.

They ended last year with a $1.8 trillion omnibus spending bill.

Senator Marco Rubio did not even show up to vote.

If they aren’t going to rein in the scope of government, cut spending, and balance the budget, what do we have Republicans for again, exactly?

I’ll grant them abortion. That’s one. What else? Carpet-bombing and traditional marriage?

This is me yawning.

If the GOP wants voters like me to come to its rescue, it’s going to have to start selling something we want to buy. It will need to cut lose the growing horde of populist authoritarians, the seedy underbelly of racists and xenophobes venturing from their closets, and the dying remnants of traditional marriage zealots. It will need to replenish its base instead with the growing numbers of liberty-minded voters currently spread out across the two major parties, a few third parties, and the sizable ranks of swing-voting independents.

It will need to unite its disparate factions around common principles of limited government and apply those principles consistently across social, economic and national security issues.

And it will need to convince us that this time it means it.

Sarah Baker
Sarah Baker is a libertarian, attorney and writer. She lives in Montana with her daughter and a house full of pets.
Brokered Convention, Donald Trump, GOP, POTUS 2016, Republican Primary