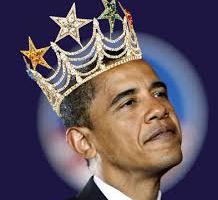 Back to State’s Rights: Marijuana

At the time that Brad Warbiany and I had a debate about state’s rights, I’d just come back from CPAC in Washington D.C. where there had been a mix of the really good and the really bad. I volunteered at the Campaign for Liberty booth and found three copies of anti-Abraham Lincoln books for sale. Bob McDonnell was declaring “Confederate History Month.” Reports were emanating that tea partiers had hurled racial epithets at congressmen, an accusation that from first hand contact seemed pretty believable. I was beginning to link “state’s rights” with the crusty, racist definition that George Wallace gave us.

Now that I’m back on the Left Coast, state’s rights are able to be looked at in a much different context. With a crippled economy, a fiscally broken state government and 12.2% unemployment, Californians should pass Proposition 19 this November and pay federal drug law no attention. California can be an experimental laboratory for the testing of a new marijuana industry.

For all of the failures of Obama’s spendapaloozas, his administration’s policy of lessening penalties on medical marijuana has helped dispensaries grow in size. Oakland’s city council has voted to allow industrial production of marijuana. Passage of Proposition 19 would precipitate what my friend Dan Carlin called a “Berlin Wall” moment in which the federal government would have to decide if it wanted to enforce drug laws or give way to the will of California. If the federal government, during a crippling recession and a 42% approval rating for the president, acted to stomp out one of the few industries with growth potential in favor of decaying paternal laws, it would be perfectly just to associate Obama with “failure.”

The federal government has had it all wrong on drug policy for a really long time now. The winds of change are moving and the chance for a new industry to develop around a substance that has an unrelenting demand is too good to pass up. California had better not mess this one up, and the federal government had best back off.

Spending, stimulus and bailouts have not pulled us out of an economic rut. I’m not an economist but it seems to me that in a capitalist system, all elements, from Wall Street to the welfare office, need to be driven by capital created from the production of a good that people demand. That’s why marijuana legalization is so important. No amount of government spending is going to be able to create production, but it can stop it.