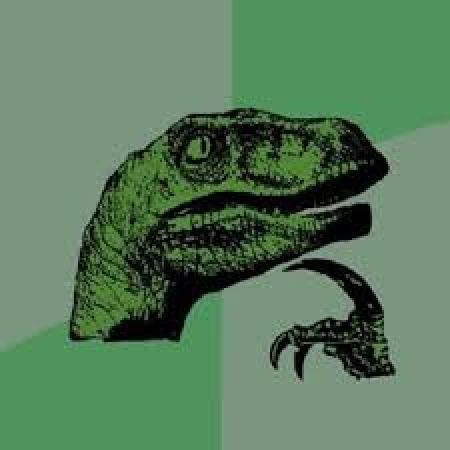 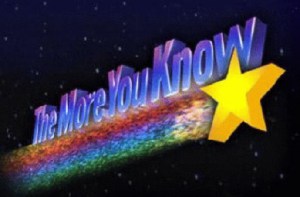 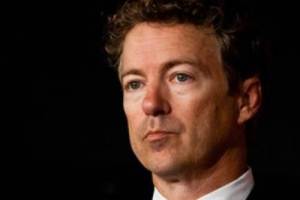 Guess what, these people were right. I didn’t have all of my facts lined up for that post. I did my readers a disservice. I’m sorry. I’m going to try to make it right by looking at those facts.

One of the things some critics said was that I wasn’t looking at the big picture. After all, it is early October. Here’s where the race stood nationally four years ago today. 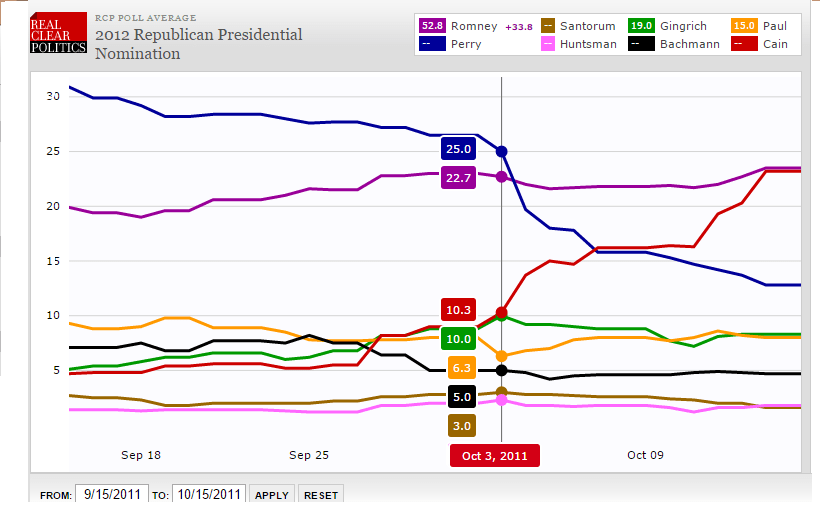 Ignore the top numbers and look at the numbers highlighted on the chart. Perry was beginning his decline after his awful debates. Romney was holding steady as he had all year. Gingrich more or less held steady as did Paul. Bachmann was heading towards her collapse after the victory at the Ames Straw Poll. Finally, Santorum was at the bottom at 3%.

Where Santorum ultimately shined was in Iowa. Here’s what polling looked like 4 years ago today:

Again, Perry on top with Bachmann in 2nd. Cain was about to begin his surge which ended after sexual harrassment allegations surfaced. Santorum was at 4.3% and second to last. The top 3 in Iowa wound up being Romney (who was 3rd in this poll), Santorum, and then Paul (who was 4th). To add insult to injury, Santorum only raised a little over $682,000 in the previous quarter.

Here’s how Santorum turned it around, he made this a one-state race for him. He visited every county in Iowa and he tapped his base of evangelicals. He was also helped by Perry’s poor debate performances, the collapse of Herman Cain, and Michele Bachmann’s collapse over her anti-vaxxer comments.

Here’s where the Santorum comparison fails, it’s a much more crowded field than 2011-12. Paul is currently tied for 8th in Iowa. Plus, Paul has a negative X-factor in play, the indictments of his political allies related to the Kent Sorenson vote bying scandal. Caucus states though are a pain in the ass to poll because of the limited number of people who actually attend them.

Is the campaigning turning things around?

That’s a line I keep getting from Paul supporters. The best example of this thinking is an article on Buzzfeed from Friday.

Here’s the thing, they may be doing it. However, there is no way we can know if this is true until a few weeks from now. If the polls start moving upwards, more money starts coming in, and the campaign settles on a strategy; they can say he’s turning things around. This one is wait and see.

What about that new Reuters poll?

I was too dismissive of a new poll from Reuters/Ipsos that came out on Friday. It showed Paul at 6.2% which is an increase from 2.6% from last week. Before I wrote the first piece, I did not know about it. I was initially dismissive of it because it was a poll of all adults. However, Reuters/Ipsos lets you put filters on the poll by limiting it to likely Republican voters. With that filter, Paul’s numbers are 5.6% which is an increase from 2.5%.

I dismissed the poll too rashly. However, the polls from Pew, Gravis, and IBD/Tipp all continue to show Paul in the 2-3% range.

Long story short, I messed up in the first post because I was too dismissive of evidence from the other side. Part of that is due to my own personal prejudice against hardcore Paul supporters from my many online battles with them since 2007. That is 100% on me and I owe my readers an apology.

Now is Rand Paul going to drop out of the race? He has $2 million left, he has no need to at least before the next debate on October 28th. He has plenty of time to turn his campaign around. Whether or not he does is another matter entirely.

Kevin Boyd
I’m one of the original co-founders of The Liberty Papers all the way back in 2005. Since then, I wound up doing this blogging thing professionally. Now I’m running the site now. You can find my other work at The Hayride.com and Rare. You can also find me over at the R Street Institute.
http://thelibertypapers.org/2005/11/22/a-bit-about-kevin/
2016 Elections, Rand Paul, Republican nomination