Which Party Are Libertarian Party Candidates Drawing From? You’ll Be Surprised To Know Which One It Is 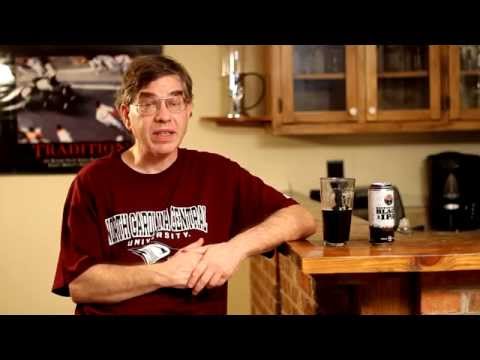 Conventional wisdom holds that Libertarian Party candidates draw votes away from Republican candidates. However, some exit polling from Tuesday’s midterms shows that wisdom may not be true.

Reason‘s Brian Doherty looked at the exit polling in North Carolina and Virginia and found that it’s not necessarily true.

It isn’t common for Democrats to accuse Libertarians of “spoiling” elections for them, but a look at NBC News exit polls show that Haugh voters indeed came more from people who consider themselves “moderate” (5 percent of self-identified moderates went Haugh) and even “liberal” (4 percent of liberals voted for Haugh) than from conservatives (only 2 percent of whom voted for Haugh). Those were the only three choices for self-identification.

Only 1 percent each of self-identified Democrats or Republicans voted Haugh, while 9 percent of Independents did. (Those again were the only choices.) (Independents otherwise went 49-42 for Tillis over Hagan.)

In other exit poll results, Haugh’s portion of the vote fell pretty steadily as age groups got older—he got 9 percent of the 18-24 vote, and only 2 percent of the 50-and-over crowd.

Haugh did strongest among white women in race/gender breakdowns, with 5 percent of that crowd, and only 1 percent of black men or black woman—and no polled number of Latino men or women.

Other interesting Haugh exit poll results: His overall man/woman breakdown was the same, 4 percent of each in the exit poll. Haugh’s numbers got progressively smaller as voter income got bigger—he earned 6 percent of the under-$30K vote but only 1 percent of the over-$200K vote. Libertarians aren’t just for plutocrats.

One can’t assume the 3 percent Rs would be voting [Gillespie] in my absence—it’s quite likely these R voters would have joined the 7 percent of Rs voting for Warner. Polls throughout the race showed Warner enjoying double-digit support among Rs, and a fair number of Rs told us they can’t stomach voting for [Gillespie]. A lot of business-type Republicans consider Warner acceptable, so probably many Rs who really disliked [Gillespie] voted for me because I was preferable to Warner, but would otherwise have voted Warner not Gillespie. So those R Sarvis voters were “taken” from Warner not Gillespie.

Similar thing happened last year, with pretty high certainty. A poll in September showed that *among Sarvis supporters*, 60+ percent had a favorable opinion of Gov. McDonnell, but 70+ percent had an UN-favorable view of Cuccinelli. So I was a vessel for moderate, R-leaning, anti-Cuccinelli voters who preferred voting for me to voting for MacAuliffe, i.e., I “took” moderate R votes from MacAuliffe.

Moreover, my share of the Independent vote clearly skewed younger, so from voters not inclined to vote D than R.

I agree with Sarvis’s analysis of his own voters, that they’re moderate and left-leaning. Sean Davis at The Federalist analyzed the 2013 Virginia Governor’s race that Sarvis brought up in his e-mail to Doherty and found that Sarvis may have actually helped Democrats in that race. As Ben Dominich, also at The Federalist points out, Sarvis ran on some progressive-leaning positions on economics in the 2013 race. I’m sure Sarvis simply held on to some of these 2013 voters.

Back to the 2014 race, Davis tweeted this about Sarvis and Virginia:

No, Sarvis did not steal the election from Gillespie. He’s a liberal who took liberal votes. pic.twitter.com/hUyiVOkKnB

So the party that needs to worry about the Libertarian Party, most of the time, are the Democrats, especially as the LP continues to shift towards the left.

Kevin Boyd
I’m one of the original co-founders of The Liberty Papers all the way back in 2005. Since then, I wound up doing this blogging thing professionally. Now I’m running the site now. You can find my other work at The Hayride.com and Rare. You can also find me over at the R Street Institute.
http://thelibertypapers.org/2005/11/22/a-bit-about-kevin/
Libertarian Party, libertarian spoilers, Robert Sarvis, Sean Haugh