I was left with a pressing question… what the hell is “Tinder”? After doing some research, I found it was like a GPS-based Hot or Not. Kind of creepy if you ask me, but I wish it was this easy to get laid when I was in my 20s. There were no free sex dating sites or apps like Tinder back then! After my research, I instantly dismissed the initial comments. After all, if I wanted to get emotional any time a Fox host said something stupid, I’d be writing for Media Matters instead of The Liberty Papers. But the discussion on Kevin’s page – largely involving younger conservative women, many of whom were critical of the remarks themselves – gave me an epiphany regarding “millennials”.

I remember when I was a teenager – I’m 34 – everyone was making a big deal out of Generation X. We were these new breed of teenagers, and we were Everything Wrong With Americaâ„¢: we were uncouth, undisciplined, and uncontrollable. We were, in short, animals who were going to destroy America, said a generation of Americans who, before we were born, engaged in free love, did LSD by the bucket, and wore bell-bottom pants. The new generation isn’t so different, they just have the technology, like these hook-up apps (click here), that means they can do free lovin’ better than we ever could! 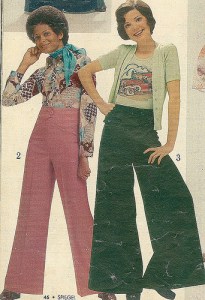 I don’t know if their parents had anything that was Destroying Americaâ„¢ – between the Great Depression and World War II, they seem like they were too busy not dying to worry about how Jazz music was affecting our future – but there’s a history, through multiple generations of kids being dumb, getting older, becoming comparatively less dumb, and then railing at the dumbness of their own children. Add in a few hack journalists – old people, what did we call “clickbait” in the 80s? – and it’s always a case of The Youth Destroying America.

Eventually, those kids will get older, and get married and have kids of their own. Now, with the burden of that higher tax on their shoulders, and scared for their children, they slam into the other extreme. Ban all drugs! Put away criminals! Lower taxes! End social safety nets! Lock up potential predators (even if guilty of nothing more than thought crimes)! All because If It Only Saves One Child!â„¢ Forget nuance. Forget learning the issues. Damnit, Timmy has to get to football practice, and they don’t have time for that shit!

Christopher Bowen
Christopher Bowen covered the video games industry for eight years before moving onto politics and general interest. He is the Editor in Chief of Gaming Bus, and has worked for Diehard GameFan, Daily Games News, TalkingAboutGames.com and has freelanced elsewhere. He is a “liberaltarian” – a liberal libertarian. A network engineer by trade, he lives in Derby CT.
http://www.superbusnet.com
elections, fox news, kimberly guilfoyle, Millennials, the five, voting rights