I originally wrote the following post in the very early days of the 2012 presidential campaign. At the time, Donald Trump was threatening to enter the race but decided not to do so. A little over four years later, Trump has decided to run in an already very crowded 2016 Republican primary. I have friends and family members who are intrigued (who ought to know better) with the Donald. The reason I decided to re-publish this post is to remind readers why a President Donald Trump would be no friend of limited government or liberty. 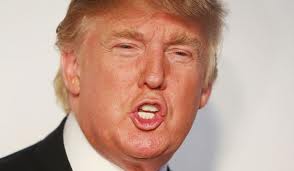